You can take advantage of kratom alternatives if you want to experience comparable kratom experience, but you can’t access it. Living where kratom is banned limits or prohibits you from buying, using, or importing kratom varieties.

Thankfully, there are herbal products that provide a comparable kratom experience. Although there’s no genuine “kratom alternative,” you can find many herbs and spices that do a decent job mimicking kratom’s effects. Keep reading to understand what they are and how they compare to kratom products.

Kratom is an evergreen herb officially classified as “Mitragyna speciosa” related to the coffee bean. Although kratom is relatively new in the West, Southeast Asia nations like Thailand have grown and used it for centuries. These days, manufacturers grind this plant’s green leaves into a fine powder and sell it as is or put it into gelatin capsules for easy consumption as an herbal supplement.

Recent research suggests Mitragyna speciosa has high concentrations of mitragynine and 7-hydroxy mitragynine, which are responsible for the herbal supplement’s therapeutic potential.

For more detailed information on what this herbal plant is, be sure to check out this previous New Dawn Kratom guide.

What are the best kratom alternatives?

When searching for the best alternative for kratom, you need to consider kratom’s distinctive features. In other words, what are you hoping to experience when taking such a powder?

In most cases, this herbal supplement is to help with stress relief and induces calming effects, so good alternatives should have these properties. While no other dietary supplements have the unique alkaloid concentrations found in kratom, plenty of items offer help with many common conditions associated with kratom.

Here are a few of the most widely available alternatives worth considering:

Kava is an herb from the Pacific Islands that has a long history of ceremonial use in Polynesian cultures. Scientifically known as Piper methysticum, the kava plant has thick roots traditionally used to brew tea.

Although it’s still possible to use kava as a tea, it’s becoming more common to find kava extracts in tincture or pill form. From a clinical pharmacology perspective, its most significant chemical compounds are known as kavalactones. These chemicals give kava a profoundly relaxing effect, making it popular with users with difficulty destressing.

Despite such benefits, the US Food and Drug Administration (FDA) doesn’t recognize it as a safe ingredient in drinks and foods.

Kava may be a stress-relieving supplement, especially in helping improve sleep and stress. However, it can’t provide an energy boost as white-vein powders do. Anyone who wants to use kava should research more about kava vs. kratom.

CBD is a natural cannabinoid found in cannabis cultivars—especially those in the “hemp” family. Since the passage of the 2018 US Farm Bill, it’s legal for American farmers to grow, produce, and sell hemp-derived CBD with ≤ 0.3% of the intoxicating cannabinoid delta-9 THC. Unlike THC, CBD has a non-intoxicating effect on the body’s endocannabinoid system.

It means CBD won’t make people feel “high.” Instead, users often enjoy the beneficial effects of CBD, such as stress reduction, soreness relief, and sedation. As such, the US FDA plans to regulate CBD in topicals, edibles, oils, and other products.

CBD is arguably the most similar supplement to kratom as it targets the two most common reasons for the latter’s use (i.e., soreness relief and stress reduction). Plus, since CBD has become so popular, it’s easy for customers to find it online and in many head shops. CBD may be a good option if people seek a similar kratom experience with low odds of severe adverse reactions.

Phenibut is a synthetic drug that most people describe as an anti-anxiety medication. However, unlike benzodiazepines like alprazolam, phenibut isn’t accepted in most Western nations as a dietary ingredient. Today, only Russia and some surrounding Eastern European countries prescribe phenibut for mood disorders.

Of the alternatives on this list, phenibut is arguably the most controversial. Since this drug is one of the traditional prescription drugs doctors in Russia give out, it’s potentially more potent than other alternatives.

However, the US FDA doesn’t approve it for any use. Thus, the phenibut products in today’s supplement market may be of dubious quality, so you must be extremely cautious if you want to try them.

Another herbal supplement that FDA has yet to approve is Ashwagandha which has a long history in traditional Indian medicine (aka Ayurveda). Folk doctors in India have cultivated their roots for centuries to relieve multiple ailments, including sleep issues and stress.

In fact, ashwagandha belongs to a class of plants known as “adaptogens.” These herbs are so-named because they help people “adapt” to life stressors. Ashwagandha has dozens of steroid-like substances known as withanolides that help relieve aches and regulate hormonal balance.

Ashwagandha is primarily for people interested in reducing stress, worry, and soreness. Given its low risk of side effects, Ashwagandha may be a good alternative for stress and soreness reduction. However, FDA doesn’t yet approve it as a new dietary ingredient.

Like ashwagandha, turmeric is a crucial supplement in every Ayurvedic practitioner’s toolkit. Famous for its brilliant orange color, the turmeric plant is a rhizome similar to ginger but with far less of a “spicy” bite.

Although many people have used turmeric in Indian cuisine for ages, it has become a “superfood” as of late thanks to its compounds called “curcumin.” This impressive antioxidant appears to have remarkable traits that may alleviate soreness and sadness, making FDA categorize it as a “generally recognized as safe” (GRAS) food ingredient.

Turmeric has many mighty benefits, making it popular in the self-treatment industry. Its safety is unlike other supplements because scientific data backs up its effectiveness.

However, some may find that turmeric’s effects are less potent than some kratom strains. For instance, white-vein strains seem to have more energizing properties than turmeric powder. If you don’t feel the intensity after extra doses of turmeric, it may be time to explore kratom strains.

What is the very best kratom alternative?

Finding the “best” alternative depends on your body type and health goals. For instance, if you prioritize stress reduction, start looking into kava or ashwagandha. However, if you want to alleviate soreness benefits, go for CBD topicals or turmeric. Determining which alternative works best for your system may take time and experimentation.

What is the least good kratom alternative?

Again, finding the “least good” alternative depends on your response. However, phenibut has the most controversial when it comes to safety. Since phenibut is a synthetic drug and is more prone to side effects, you should approach it cautiously, especially for mood disorder treatment.

Can you mix Kratom and Kava?

Most people only recommend mixing them once research shows how these herbs interact.

Can you mix Kratom and CBD?

Since CBD is non-intoxicating, mixing it with kratom tends to be safer. However, there are no studies on the safety and effectiveness of using these supplements together.

Can you mix Kratom and Phenibut?

Because phenibut is a potent and synthetic substance, it’s best to avoid mixing this prescription drug with kratom or any other substance.

Can you mix Kratom and Ashwagandha?

Ashwagandha isn’t known for inducing extreme side effects, so it tends to be a safer option for mixing with kratom. However, they’re not FDA-approved.

Can you mix Kratom and Turmeric?

Turmeric isn’t a drug; it has a low-risk profile and may complement kratom’s ability to alleviate body aches. Although the FDA considers turmeric safe, it doesn’t guarantee the latter’s safety, even if it isn’t legally considered a drug. 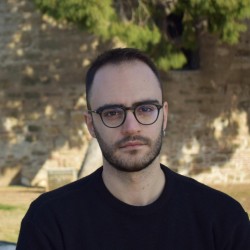