Botanical sources for happiness, relaxation, pleasant vibes, mood, and energy are taking the world by storm— and no, they’re not drugs. They’re gentle, all-natural teas and supplements made from kratom….or kava, depending on where you are and what you prefer.

These herbal beverages and remedies are becoming so popular they’ve spawned kratom shops, kava bars, and cafes all over North America and beyond. But how do they compare? What is kava vs. kratom, how are they similar, how are they different…and which is better? Are they legal and safe to take? We explore all of that here in this article.

Kratom is an herbal medicine from an evergreen tree native to Southeast Asia, Mitragyna speciosa. The kratom tree is a tropical and evergreen plant closely related to coffee and part of the coffee family.

How does kratom work?

According to PubMed, kratom contains phytochemical alkaloids that have stimulant-like effects in low doses, much like its close relatives, coffee and caffeine. These effects are the opposite in high doses: soothing and sedative effects.

Kava (also called kava) is an herbal medicine hailing from a vine-like plant native to many west Pacific islands or the western Pacific region. Its scientific name, Piper methysticum, makes it a close relative to the black pepper plant, Piper nigrum, in the pepper family.

Like kratom, the kava plant also boasts many rituals and traditional therapeutic purposes. It, too, was used to soothe nervousness and tension and, in many Pacific island communities, was also consumed recreationally for these same effects.

How does kava work?

The kava plant’s active constituents are called kavalactones. According to research, these have a soothing effect on the nervous system, promoting a sense of clear-headedness, well-being, and relaxation for both mind and body.

Interest in and enjoyment of both kava and kratom have swept the nation. It’s not uncommon to find kratom and kava sold in the same places, such as convenience stores, head shops, and herbal apothecaries, because their effects can seem similar.

However, you’ll find some distinct differences and similarities when taking a closer look at kratom vs. kava.

The earliest use of Mitragyna speciosa in Southeast Asia was for spiritual and ritual purposes. As a member of the coffee family, the leaves were also traditionally chewed (not unlike coca leaves) or made into a tea to boost the energy and productivity of workers.

In the Pacific islands where kava is native, the kava beverage was made from the root of the pepper family plant of the same name and imbibed to provoke thoughtful and spiritual discussion.

Kratom contains active natural ingredients called alkaloids, comparable to caffeine. These main compounds are mitragynine and 7-hydroxymitragynine, though the plant contains many others.

Kava’s active natural ingredients are its kavalactones, a group of fat-soluble phytochemicals, some of which also have their names and unique properties used in supplements and products— like kavain.

In ancient folk medicine, kratom is used today to soothe and stimulate. One can take kratom to boost energy and take higher dosages to experience a more sedative-like effect.

In comparison, kava is chiefly a sedative herb, though users of and traditional practices around kava tea say it is a mind-clearing rather than drug-like feeling of calm and well-being.

There are three principal strains of kratom (or kratom types) from three different plants with varying properties: red, green, and white (determined by the color of the kratom leaves).

Red’s specialty is for better sleep support; green is considered the most “stimulating” and energy-boosting, while white vein kratom is supposed to have the best effects on mood and well-being.

Kava, on the other hand, has several different strains and forms, unlike coffee. The root can come in micronized, instant, and traditional grind selections along with distinct “varietal” names depending on the kava shop or retailer, with varying effects like heavy, balanced, heady, etc.

Kratom’s effects (depending on the strain or dose) are stimulating, energizing, clarifying, sedating, and sleep-inducing.

Some reported mild side effects from kratom use include lethargy, digestive disturbance, or constipation, which usually go away quickly. In one study, very few (less than 2% of people surveyed) reported: “withdrawal-like” symptoms, meaning they felt a “rebound” of the symptoms they took kratom to help with after it wore off.

Kava may cause digestive disturbance also, and possibly headaches and dizziness. However, studies show that in most trials, there are no side effects if kava products contain 400 mg or less of kavalactones.

Research from John Hopkins University states that kratom is a safe herbal supplement when taken within recommended doses and not mixed with other psychoactive substances or herbs.

Kava tea is widely and officially deemed a safe herbal tea to drink for enjoyment and relaxation. Products with high levels of kavalactones should not be taken regularly or in high quantities, as it may exacerbate liver health or worsen a liver condition.

Kratom is widely legal to obtain and use. In some areas, however— due to controversy, misuse, or abuse of the herb— there may be some prohibition or restriction of the sale, use, and possession of kratom due to people using it too-high doses.

Kava is also widely legal to obtain and use and is not considered a controlled substance.

Kratom is prepared like a tea or infusion. Water is boiled and poured over a small amount of kratom to be steeped and enjoyed. One can boil for longer to create a strong kratom infusion for a more robust preparation.

Kava tea can be prepared similarly. Traditional kava preparations are made by blending powdered kava root with water to create a strong, milky drink.

Kratom prices are comparable to fine-leaf teas: 1 oz. is around 10 dollars on average. The more you buy, the more the price per ounce drops.

Kava tea is much cheaper, as it can be bought for the same price as other popular teas at stores. Finer kava strains or servings are more expensive when bought from suppliers, kava bars, or kava cafes.

Is kava the same thing as kratom?

No. Kava and kratom come from two completely different plants. In some ways, they have similar effects, but this depends on the kratom strains. Kratom can be more stimulating and energizing— kava is always sedating and calming.

What are the differences between kava and kratom?

Kava is soothing, relaxing, and clarifying. Some say its effects are more subtle. With kratom vs. kava, some types of kratom are more stimulating and, therefore, very different from when you drink kava.

What are the similarities between kava and kratom?

Some types of kratom are very similar to kava: they’re soothing, sleep-supporting, and calming. They can be very similar when comparing kratom vs. kava with relaxing benefits.

Can you mix kava and kratom?

Yes, though, do so cautiously, and it is best not to do so and to use these two herbs separately. It is said that kava and kratom can enhance or “potentiate” the effects of the other in kratom users, which can lead to unpredictable effects (and side effects).

Which is better – kava or kratom?

With kava vs. kratom, that is a matter of personal opinion. It comes down to what type of natural effect the user prefers: those after more energy would likely like kratom, while those seeking relaxation might prefer kava (though kratom also offers this).

Which tastes better, kava or kratom?

This also comes down to personal opinion. However, many report difficulty with kava’s flavor and find kratom easier to drink, as its taste can be more easily obscured by other ingredients.

In the contest of kava vs. kratom, which do you choose? 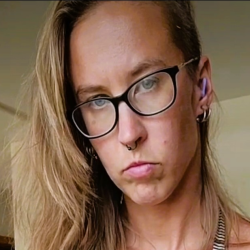