Engineered by nature in the lush rain forests of Malaysia, Red Malay Kratom is a red-vein variety of Malay Kratom whose effects are reported to last longer than any other strain.

The strain is mild enough not to overwhelm new and experienced users, but strong enough for seasoned Kratom enthusiasts. This makes Red Malay Kratom a great option for experimentation with other strains because it can act as a potentiator.

Our Red Malay Kratom is regularly tested for quality and safety, so we guarantee you will be satisfied with the high-quality product you receive!

Some of the best features of Red Malay Kratom include:

The Origin of Red Malay Kratom

As the name suggests, Red Malay Kratom traces its roots from the lush, tropical evergreen forests of Malaysia that are known for their high rainfall, humidity, acidic, and nutrient rich soils.

Popularly known as “Ketum” in local Malaysian dialect, Red Malay Kratom was traditionally used by manual laborers to help with stamina and fatigue. The laborers would chew on the leaves for hours before they went to work or brew it into tea.

Today, Red Malay Kratom is one of the most popular red-veined Kratom variety. It’s also easily available in many local shops and online through a number of vendors.

That said, Red Malay Kratom is sourced from mature Kratom leaves with a higher concentration of 7-hydroxymitragynine. In general, harvesting begins early in the morning because it’s when there is a lot of moisture on the leaves. The leaves are carefully hand-picked by experienced harvesters who make sure to not damage the plant’s growing points.

The Red Malay Kratom leaves are then washed to remove any debris and dirt. They are then dried to halt its natural oxidation process and preserve its potency without any artificial additives or preservatives.

Once the leaves are dry to the farmer’s satisfaction, they are packed or ground to fine powder. The leaves are packaged in zip-lock bags while the powder is sealed tightly inside to ensure freshness and potency until it’s ready to be consumed.

Red Malay Kratom is undoubtedly one of the most popular red-veined Kratom strains. The strain is prized for its mesmerizing aroma, potency and gentle, yet still noticeable effects. That said, let’s look at some notable features that make Red Malay Kratom so special.

Red Malay Kratom is an ultra-high potency red vein Kratom variety whose effects lasts longer than those of some popular red veins, making it a favorite among new and experienced users alike. It’s also perfect for those who want to experiment with different strains.

Suitable for new and experienced users

Red Malay Kratom is considered a premium strain because it’s much more potent, but still relatively mild and does not have an overwhelming effect. This makes it great for new users who want to experiment without getting overwhelmed with the effects.

It’s also great for experienced users who want a sustained energy boost without sacrificing relaxation, or those who are looking to increase performance in certain areas of life like work and study.

Our Red Malay Kratom is regularly tested by third-party labs for quality and safety so you can expect it to be contaminant free. Among the various tests that we conduct include heavy metal analysis, pesticides/fertilizers, and microbiological tests.

At New Dawn Kratom, we take pride in our premium-grade Red Malay Kratom that is responsibly harvested and tested for quality, ensuring you only receive the best possible Kratom experience.

More than just a pretty face, this variety’s aroma is one of its most attractive features. When brewed or consumed, it has an earthy aroma that is noticeably sweet.

Our Red Malay Kratom is finely ground to the consistency of powdered sugar, so it’s easily digested and absorbed by the body. The fine powder is also perfect for mixing with other supplements or medications if needed.

Sourced from local farmers in Malaysia

At New Dawn Kratom, our Malay Kratom is ethically sourced from our reliable and trusted farmers in Malaysia. The farmers adhere to sustainable agricultural practices to ensure that the quality of our Kratom is never compromised because of irresponsible harvesting.

Red Malay Kratom Vs. Other White and Green Vein Varieties

As a aforementioned, Malay Kratom is sourced from mature Mitragyna speciosa tree leaves with a high concentration of 7-hydroxymitragynine.

However unlike the White and Red Malay Kratom, Green Vein Kratom has a balanced mitragynine and 7-hydroxymitragynine alkaloid concentration.

That said, all the three strains appear to excel in different areas. As such, the choice as to which among the three Malay Kratom strains is best for you will depend on your personal preference.

Red Malay Kratom is an overall great pick for new and experienced users looking to experience the true effects of premium red veined Kratom. At New Dawn Kratom, we stock various red-veined Kratom strains in various forms.  Whether you want Kratom powder or capsules, we’ve got it all.

What sets us apart from other companies is the fact that all of our Malay Kratom products are Organic, Premium Grade and dried to perfection so they can reach their maximum potency without any added chemicals or fillers.

And because we’re such a small company, we offer a personal touch that you won’t find elsewhere. We also offer a refund guarantee on all of our products, because we want you to purchase with confidence. 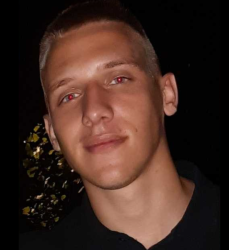 Follow me
Alexander Reid
Alexander Reid got his journalism degree from Boston University while he is also a Kratom enthusiast that has been learning about your favorite Asian herb for about 9 years now. He often reads about Kratom and always enjoys learning more about its qualities in-depth in his free time. Please feel free to reach out to him if you have questions or comments about his writing by emailing: [email protected]

Follow me
Latest posts by Alexander Reid (see all)